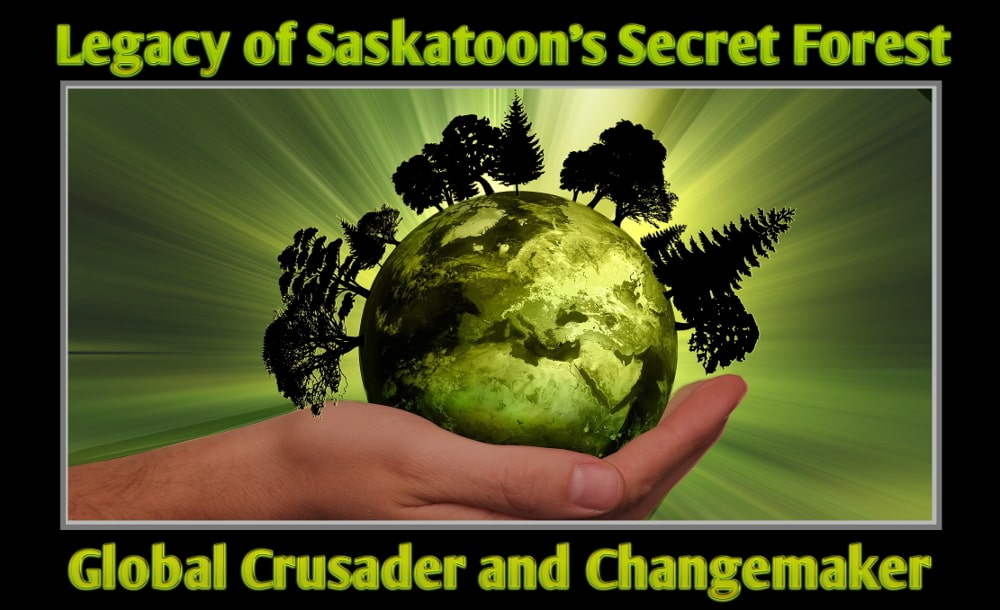 Countless people motivated by him are international environmental champions today. Meet environmental champions personally inspired by Richard St. Barbe Baker to start their own global conservation green groups around the world! Join us as we mastermind the legacy of global Conservationist Richard St. Barbe Baker and the future of environmental protection and tree planting in 2022 and beyond. Hear from people locally and from around the world who knew Baker and attest to Baker’s success and motivational formula.

Global Crusader and Changemaker introduction by Robert White, Saskatoon BSA, MES (Env. St.) Recipient of the first Men of the Trees Prize at the University of Saskatchewan

Admission to the film free is with a Remai Modern general admission or museum membership.

WildWoods Of Saskatoon (Friends of the Saskatoon Afforestation Areas Inc)